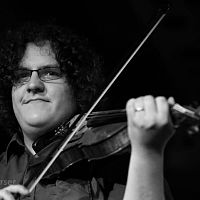 Daniel Thorpe
Daniel, originally from Inverurie in Aberdeenshire, was educated at the National Centre of Excellence in Plockton and completed his degree in Scottish Music at the RCS in Glasgow. In 2010 Daniel won BBC Young Traditional Musician of the Year, He has gone on to build his career teaching at various projects throughout Scotland and has numerous private pupils. Along with this he plays gigs and ceilidhs across Scotland and Europe with a number of different groups. Daniel has made his home in Dunblane and most recently was a guest tutor at Stirling Orchestra in their televised bid to win the BBC's All Together Now - The Great Orchestra Challenge.