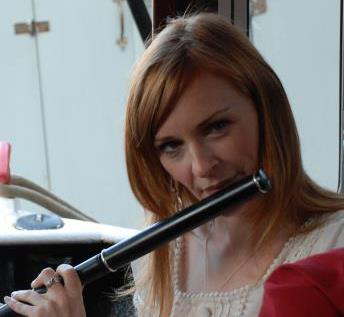 Katherine Macleod hails from East Kilbride and is a graduate of the Royal Scottish Academy of Music and Drama. She obtained a B.A (honours) in 2010. She has been interested in music from an early age, and started singing in the East Kilbride Gaelic choir, aged nine. She competed in mod for many years with the choir and in solo competitions winning several medals and trophies.

Katherine took up flute at secondary school and played in the school orchestra and wind band. Her main passion has always been traditional music and she taught herself whistle as a teenager before further developing her skills during her music degree.

Katherine is now working as a professional musician and music tutor. She has performed at many music festivals in Scotland including Celtic Connections and T in the Park. She has also performed and toured  throughout Europe and further afield, working with some of the cream of Scottish musicians.

She teaches within a few organisations and enjoys teaching immensely. Katherine is currently teaching Whistle and Mixed Instrument at GFW which she takes great pleasure in.